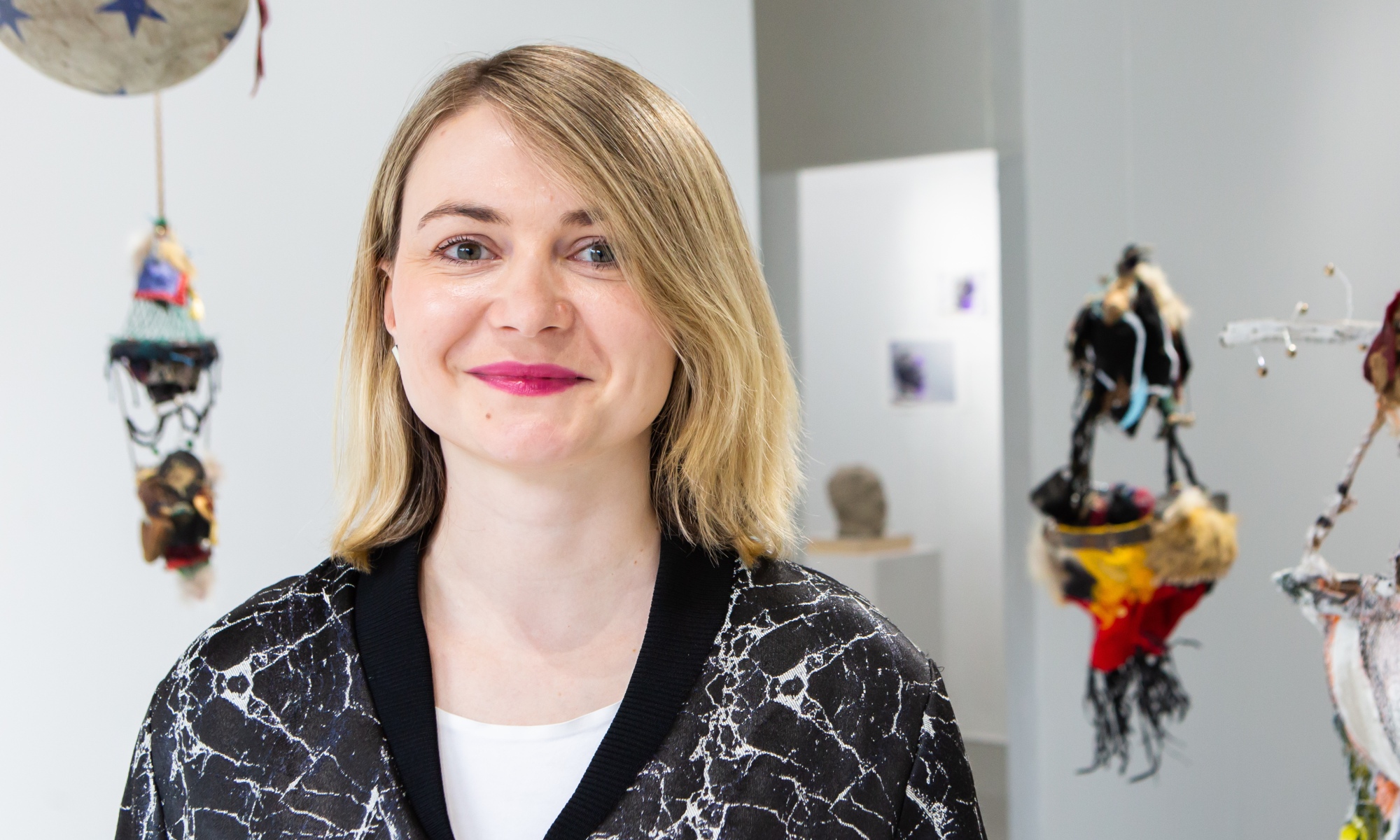 Magdalena Moskalewicz, PhD is an art historian, curator, and editor, who specializes in art from the former Eastern Europe from the early avant-gardes until today. Her academic research mostly focuses on the art of the 1950s, 60s and 70s, while her curatorial practice examines the postsocialist condition and its parallels with postcoloniality. She is Assistant Professor, Adj. at the School of the Art Institue of Chicago, where she teaches curatorial and critical museum studies as well as history of modern and contemporary art. In 2020, Moskalewicz received Mary Zirin Prize awarded by the Association for Women in Slavic Studies.

Moskalewicz was awarded a PhD in art history from Adam Mickiewicz University, Poznań, in 2012, for her research into the experiments with painting in Poland in the aftermath of the post-Stalinist Thaw. She published internationally on postwar abstraction, Eastern European neo-avant-gardes, including their connections to Fluxus, and on the international circulation of Polish modern art during the Cold War – as well as contemporary art practices. Recently, she has been working on Socialist Realism.

Moskalewicz has been engaged in the international research into Eastern European art histories for a decade. In 2010-2011, she was a core group participant in “Unfolding Narratives: Art Histories in East-Central Europe After 1989,” organized by the Clark Art Institute and funded by The Getty. As Andrew W. Mellon Postdoctoral C-MAP Fellow at The Museum of Modern Art, in 2012-2015, she conducted research and organized academic programs for the Eastern European branch of MoMA’s global research initiative, C-MAP. Currently, Moskalewicz participates in the research project ”Confrontations: Sessions in East European History” run by the Postsocialist Art Center at the Institute for Advanced Studies, University College London (2019-2021).

In her curatorial practice, Moskalewicz engages in collaborations with living artists. She treats curating as another form of intellectual inquiry that complements scholarly reflection by using diverse approaches, and a wider range of potential—sometimes unorthodox—output formats. Among her exhibitions was Halka/ Haiti 18°48’05”N 72°23’01”W: C.T. Jasper and Joanna Malinowska curated for the Polish Pavilion at the 56th Venice Biennale. Her accompanying book under the same title was awarded the 2017 Jean Goldman Book Prize. Moskalewicz’s curatorial projects were shown in Europe, United States, and the Caribbean.

As editor, Moskalewicz ran the Polish contemporary art monthly magazine, Arteon, and later spearheaded a number of digital humanities publications for MoMA’s digital platform on art from around the globe, post (post.at.moma.org).