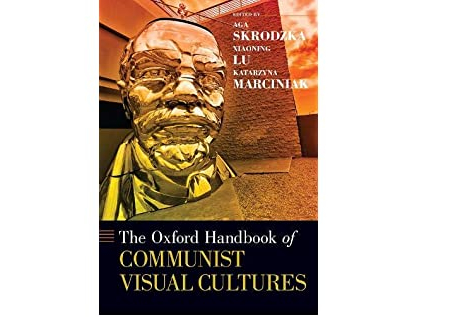 Who Doesn’t Like Aleksander Kobzdej?: A State Artist’s Career in the People’s Republic of Poland

This article looks into the extraordinary Cold War–era career of the Polish artist Aleksander Kobzdej in order to provide insight into the complexity of the emergence and demise of socialist realism in the People’s Republic of Poland and its repercussions for today’s discourses. The author reconstructs Kobzdej’s smooth shift from a much-awarded socialist realist artist into an internationally recognized modernist abstract painter through the analysis of his artworks, travels, and participation in major art exhibitions. She discusses them in the context of the larger changes that took place in the official state policies and cultural diplomacy as Stalinism was giving way to the cultural Thaw in the mid-1950s. This case study serves to argue that not just socialist realism but also much of the later modernist art produced in Poland should be seen as de facto communist, that is, as art that emerged as a product of the delicate but stable, and mutually beneficial, consensus between artists and the communist state.

Stereotypes often cast communism as a defunct, bankrupt ideology and a relic of the distant past. However, recent political movements like Europe’s anti-austerity protests, the Arab Spring, and Occupy Wall Street suggest that communism is still very much relevant and may even hold the key to a new, idealized future. In The Oxford Handbook of Communist Visual Cultures, contributors trace the legacies of communist ideology in visual culture, from buildings and monuments, murals and sculpture, to recycling campaigns and wall newspapers, all of which work to make communism’s ideas and values material. Contributors work to resist the widespread demonization of communism, demystifying its ideals and suggesting that it has visually shaped the modern world in undeniable and complex ways. Together, contributors answer curcial questions like: What can be salvaged and reused from past communist experiments? How has communism impacted the cultures of late capitalism? And how have histories of communism left behind visual traces of potential utopias? An interdisciplinary look at the cultural currency of communism today, The Oxford Handbook of Communist Visual Cultures demonstrates the value of revisiting the practices of the past to form a better vision of the future.